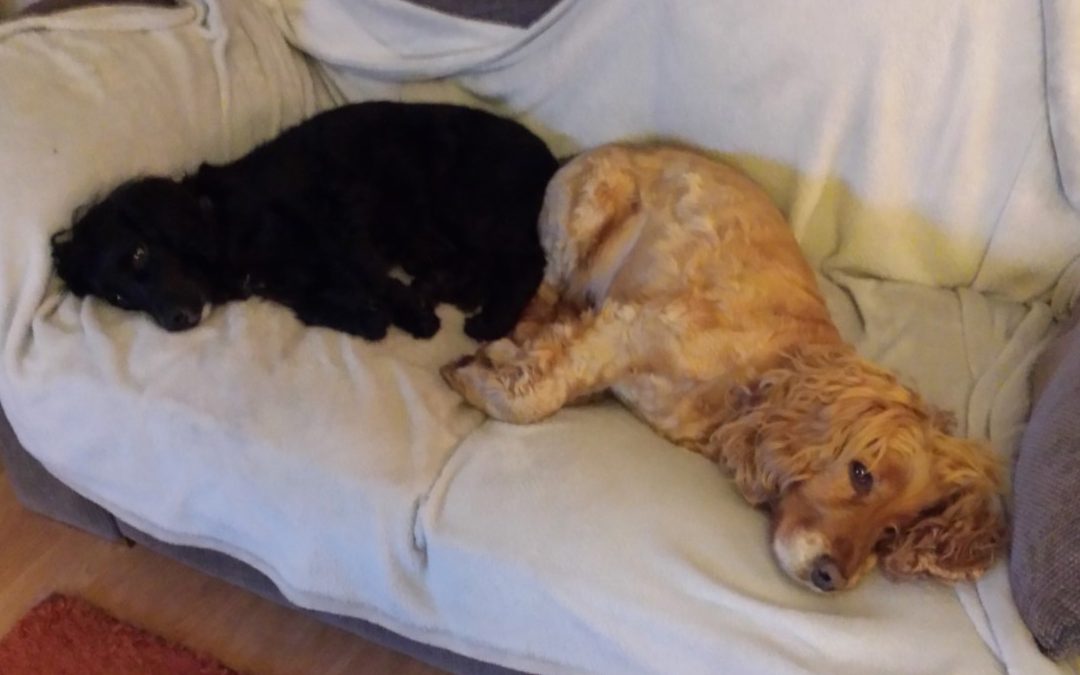 I recently had a weekend away with three girl friends – one has a dog, two don’t, but they all have young children.

Over lunch one of my friends asked me a question along the lines of “I know you love your dogs, but wouldn’t you rather have a clean house?” Clearly a question from someone who doesn’t own a dog.

Strangely, my reaction wasn’t to be offended – instead it was to immediately defend my dogs.

Yes Buster does have a drink of water and then dribbles the whole length of the laminate floor, yes Oscar does have his breakfast and then proceeds to wipe his mouth along the edge of the sofa and yes Daisy does go into the muddiest part of the garden, comes back into the house and walks through the water Buster has just dribbled.

They have no concept (or concern for that matter) that I may have spent hours cleaning the floors, washing the woodwork, wiping away the dust, changing the throws, hoovering up dog hair, removing hair from the washing machine (from having cleaned the throws) and that I will be required to do it all again less than 48 hours later. They’re not bothered that their noses leave marks on my windows (Daisy likes to say “hello” to the postman if she sees him coming down the path), they don’t care that by dragging the towels I have put down in the conservatory for muddy paws through to the lounge they are actually moving dirt from one area to another area that was previously dirt free, it doesn’t worry them that by playing tug of war with one of their beds they are filling the air (and everywhere else) with dog hair, they’re not bothered how often I have to wash their beds, only that they are dry the next time they want to use them.

It actually makes me laugh to myself when Buster walks right through a pile of dog hair he has literally just watched me sweep. He makes me smile when he comes over in the morning for a fuss – he doesn’t know or care that I may have black work trousers on and that they are now covered in white hair. They do doggy aerobics on my new rug – as far as they are concerned it is there for that precise purpose. They rush to be the first one to put muddy paw prints on a new throw they have watched me put on the sofa and of course the best one is when they have been out in the rain and I dry them off with a towel as much as possible only for them to come through to the lounge and shake.

I am fully aware that the smell of wet dog x 3 is not everyone’s (or anyone’s!) favourite smell, but does it bother them? Nope. Does it bother me? Sometimes. Do they bring us loads of love and joy as well as a load of mess? Yep. Personally I wouldn’t have it any other way.

So, going back to my friend’s question – No, I definitely wouldn’t swap my dogs for a clean house.

Lesson to be learnt from this?…………..buy my friend some of these for when she comes to visit?……..or get new friends??